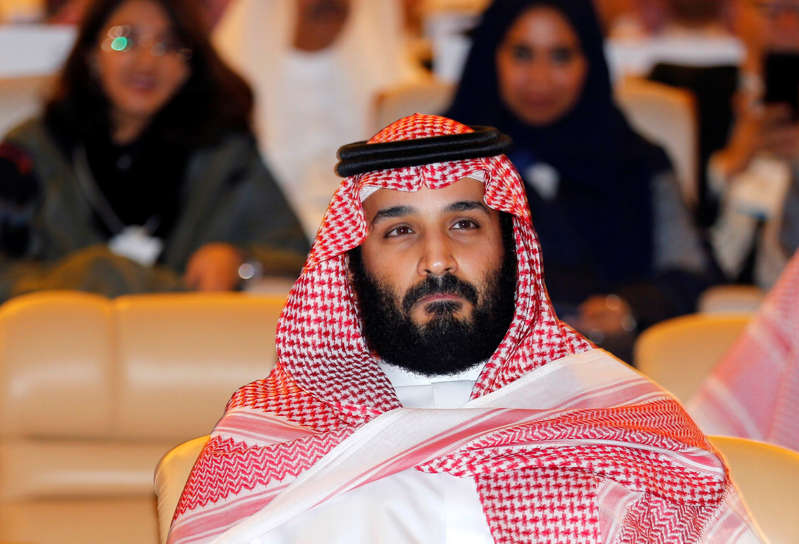 Federal Judge Ariel Lijo agreed to a request by prosecutor Ramiro Gonzalez to determine if other entities are investigating the prince for possible crimes against humanity before deciding whether to open an investigation in Argentina.

Argentina’s legal system allows cases to be brought against crimes against humanity allegedly committed elsewhere. But it is unlikely anything will happen soon, given the time it will take the judge to make a decision after the request for information from Yemen, Turkey and the International Criminal Court is filed by the Argentine foreign ministry.

The judge has also asked rights groups to provide details supporting allegations against the prince.

Human Rights Watch accuses the prince of war crimes in Yemen and responsibility for the gruesome slaying of newspaper columnist Jamal Khashoggi inside the Saudi consulate in Istanbul last month.

© The Associated Press Security forces place barriers outside Saudi Arabia’s embassy in Buenos Aires, Argentina, Wednesday, Nov. 28, 2018. Saudi Crown Prince Mohammed bin Salman arrived to Argentina on Wednesday morning ahead of his participation in the upcoming G20 Leaders’ summit. (AP Photo/Gustavo Garello) “The Argentine judiciary, by taking steps toward a formal investigation, is sending a clear message that even powerful officials like Mohammed bin Salman are not above the law and will be scrutinized if implicated in grave international crimes,” the group said in a statement.

“A cloud of suspicion will loom over him as he tries to rebuild his shattered reputation at the G20, and world leaders would do well to think twice before posing for pictures next to someone who may come under investigation for war crimes and torture.”

The prince, who stopped in several Arab countries along the way, arrived in Buenos Aires early Wednesday and was taken to the Saudi Embassy, which is being guarded by dozens of police officers.

Argentina has cooperation agreements with Saudi Arabia in tourism and other areas.