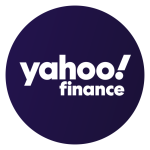 by: Olivia Balsamo 17 hours ago

As the World Health Organization mulls whether to label the widening coronavirus outbreak a global public health emergency, an expert warned that the crisis is only “at the beginning” — but people can help protect themselves with one simple step.

Chinese health officials are rushing to contain an outbreak of coronavirus that originated in the city of Wuhan and has infected at least 4,500 people, claimed the lives of at least 100 others, and is slowly popping up in other countries.

Laurie Garrett, a Pulitzer Prize-winning science writer, told Yahoo Finance that despite swelling panic over the spread of coronavirus, people should be “realistic” about the infection and the protections they employ against it.

“One of the smart ways to approach thinking about ‘how do you protect yourself,’ is to ask, well, when somebody here in the office has a common cold, and they’re sneezing all over the place, how do you make yourself not get the cold?” asked Garrett, the author of “The Coming Plague,” a book about emerging deadly diseases.

“Social distancing; that’s step number one. Keep your distance from other people” in order to avoid contracting or spreading an infection, Garrett told “The Final Round.” Cleanliness and personal hygiene is also of utmost concern, she added.

“For yourself, think of your hands as your number one problem: anything you touch that’s a common surface,” the author said, explaining that the same principle governs why people are discouraged from sharing utensils or cups.

“Here, in New York City, we think about the subways, we think about how we move around in the city; the answer, if you’re nervous, is wear gloves. Then take your gloves and wash them at night,” Garrett said. “If it’s socially required to shake hands, wash your hands afterwards.”

China infections ‘out of control’

Over in China, the situation is growing dire. Millions in and around Wuhan are currently on lockdown, with worried citizens creating long lines to test for the virus.

Yet despite the nation’s best efforts, local governments are overwhelmed by the sudden outbreak, Garrett said — and the growing number of travel advisories and bans are adding to the jitters. Both Hong Kong and Russia on Tuesday imposed bans on travelers from mainland China as they scramble to contain new infections.

“What we haven’t seen a lot of secondary transmission outside of China, except in Hong Kong. We have five cases in the United States that we know of, but they’ve not given it to someone else,” Garrett told Yahoo Finance.

“So it’s, so far, relatively controlled. But what’s going on in China is out of control,” she warned.

The disease has drawn comparisons to the severe acute respiratory syndrome (SARS) outbreak of the early 2000s, but experts say the coronavirus is different.

While SARS only took three to five days to incubate, the coronavirus “is going out ten days. That means that, potentially, individuals are contagious to others for ten days, without knowing it, traveling about and doing whatever they do with their daily life and infecting so many other people.”

The author also argued that official numbers are “grossly underestimating” the true toll of infections.

“They have a lag time in testing people; they don’t have enough test kits; they have lines around the block, in Wuhan, of people trying to get tested,” says Garrett. “It’s wholly backed up.”

Olivia Balsamo is a producer for Yahoo Finance.